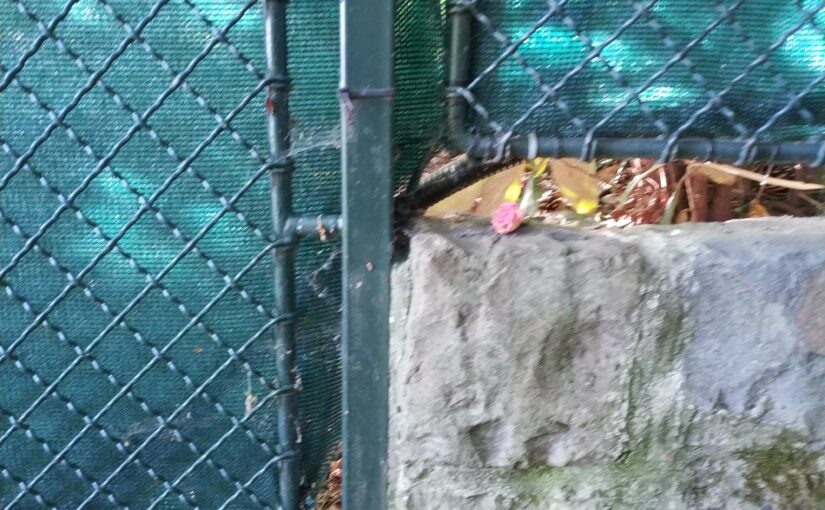 This one is going to be a longer post than normal. I plan to write it months ago about a special excursion at Svábhegy (Swabian mountain), only I could not muster the energy to do so. But now!

So, why would anyone want to take a walk at Svábhegy, and why would that be any special? Check some old photos on Fortepan portal: here.

First you should learn a bit on the history of the place: how it was inhabited by Swabian winemakers for centuries, how it became a popular and elegant settling spot in the 19th century and how it became home of entertainment in the wake of the 20th century: skiing, fancy restaurants, feasts, nice parks. And how it became the headquarter of the Gestapo after the occupation of Hungary in 14th March 1944.

In the start of 2021 I saw a documentary made by the 444 journal’s reporter, Daniel Acs, “The monument for the murderers“. It was utterly shocking. I love history but I was struck on how little I knew about the events of 1940′ in Hungary!! After this, to learn more, I got down from our shelf a book by Krisztian Ungvary on the summary of the Horthy era (A Horthy-rendszer mérlege). I don’t know if it has been translated – it should be. The over 600 pages are not an easy read and the book is full of citations, but definately worth the time. It covers the period between 1900 and 1946, I recommend to anyone who is interested in this period. Shortly afterwards I also read the Memoir of Valdemar Langlet, a Swedish diplomat, I enjoyed it and learned a lot.

I deeply believe that humankind needs healing from all the past trauma, and if anyone feels a calling to help in this, that MATTERS. The events of 1944 had been turning around in my mind often and I felt that I should do something. Once I lighted a candle in the memory of all the people who suffered. Then an idea came to me: I should visit the places myself, kind of contact with the past on the spot.

It took months until I felt the right time is nearing and I organized the excursion meticulously. I created a map with notes on each ex-hotel that the Nazis used. Here:

I planned to go very early in the morning when the city is asleep, but due to summer it’s already daylight. I choose a Sunday, it was 3rd of July. I prepared with tiny dried roses which I wanted to place at the affected locations. Let me show you my journey in pictures.

The way up the mountain is quite spectacular and it was really pleasant in the dawn – it was a bit over 5 AM when I sat down in the vehicle. I never traveled with it before, I was curious.

From the final stop of the cog-wheel train I started my way on Rege street. Almost all of the buildings which had been hotels in 1944 are standing, but the majority is in the hands of private owners. At the bushes in front of those I left a few dried roses.

From Rege street I arrived to Agancs street where two of the old hotels stood. Interestingly, those who live in these condominiums may be not knowing or just don’t care too much about their past. This is true for all the below mentioned buildings too.

From the Agancs street I paced back to Rege street and continued my way towards the Széchenyi Lookout. Through a narrow passage I walked down to the Széchenyi memorial road and there stands the Lookout, which is a bit like a stupa – that came in my mind, seeing it.

From here I walked along the memorial road toward Melinda street. Huge villas line the street and the inhabitants certainly have a great view of the city from the hillside. Here and there I placed tiny dried roses, I felt that some events happened here too.

The road of Melinda street is steep, it was a bit of an exercise to climb it. Soon I reached a building which was an old hotel again, the so called New Majestic hotel. The Germans had been using it for lodging and working. They were said to keep captured people in the wood storage shacks – many of these survived the long decades.

As I progressed I could see the old Eden hotel. The description I found: “This building had been used by the Wehrmacht. The plans of the community resort were prepared by Miklós Réczey, and commissioned by Pál Sándor and Manón Fekete. The five-storey, curved building was placed with a very large height difference compared to the street. Its entrance can be approached through a bridge with a circular plan, bravuraly supported by slender pillars several stories high, according to the design of engineer dr. Hugó Székely. 77 studio apartments opened from the building’s central corridor, and the glass-walled elevator was one of the earliest “panoramic elevators”. The recent owners restored it in an exemplary manner in 2016 with the support they received during tenders.”

Along the road I got to the next location, the Little Majestic hotel. The Gestapo operated military headquarters here and prisons were set up in the basement, just like in the neighboring Mirabell hotel.

As to Lomnic hotel, Dieter Wisliceny and the Hungarian political police jointly used this hostel. It was built in 1939 for Iván Démán, after the plan by Imre Szőke. It contained 48 one-room apartments, plus a restaurant and a lounge.

From here I walked forward and the road merged with Karthauzi street.

The Mirabell hotel had been the accommodation for SD (Sicherheitsdienst) and Gestapo men. Prisons were built in the basement, many of their victims had been tortured or murdered here.

I moved along and found the most infamous of all the old hotels: the Majestic hotel.

The Majestic hotel was the home of Adolf Eichmann, who coordinated the deportation of the Hungarian Jews. Over 800.000 people had been sent to the death. He had his rooms and office in the second floor. The head of the State Security Police, Péter Hain, moved here too, as well as the part of his organization dealing with Jewish affairs. Gendarmerie Colonel László Ferenczy, the Hungarian liaison officer who got assigned to Eichmann, was also based here.

Nobody should underestimate the scale of cruelty that took place within these buildings. The captured people: opposition members, soldiers, army leaders, artists, journalists, so-called communists, wealthy Jewish traders, factory owners had been blackmailed or/and tormented here, beaten up to resign their belongings in the favour of SS henchmen and afterwards often sent to a concentration camp or got handed over to Hungarian arrow-cross bands. Although there is some newly sprung strange amazement in Anglo-Saxon culture about the “genius” German Nazis, these men were brutes. At least for me, they have no excuse, they did know very well what they do.

While stationing in front of the building one can almost hear the shouts, he moans, the bangs, the cars coming and speeding away, shuffling steps, doors creaking open, the German jabber and the laughter of commanders…

Nowadays a pharmacy works in the next house, no Nazis are known to live here. The bigger building behind it is the once Great Majestic hotel, it was rather run-down by the time of the German occupation. The Karthauzi street ends in crossroads, and by walking a little more we reach this interesting grocery – and a cog-wheel train station.

I just noticed that the bus 212 starts from nearby and I knew that this would be ideal for me as I should cross the city going home. I hesitated a bit, then walked over to the bus station – but I placed a tiny rose here too, between the boards.

The excursion was a very special action for me. I did it mostly out of piety, or grace, I felt that somehow I should give a sign to those who had to suffer at these places that look, people do still remember, people do care. What is shocking – after reading a lot about the events – that one cannot find a single signpost, a commemorative plaque, nothing… They should exist.