I broke down the trilogy’s timeline to smaller units, to make it easier to analyse. I was using rawgraphs.io and the svg files should be customized later. These charts are displaying the informations of the Protector trilogy’s episodes from 1000 AD to 2017.

Dendrograms are tree-like diagrams used to represent the distribution of a hierarchical clustering. The different depth levels represented by each node are visualized on the horizontal axes and it is useful to visualize a non-weighted hierarchy. The biggest group in the hierarchy is the book number (volume in the trilogy) where a given episodes belongs, beyond it is the episode’s title, followed by the health issue present in the given story. The last one in the hierarchy is the country information. 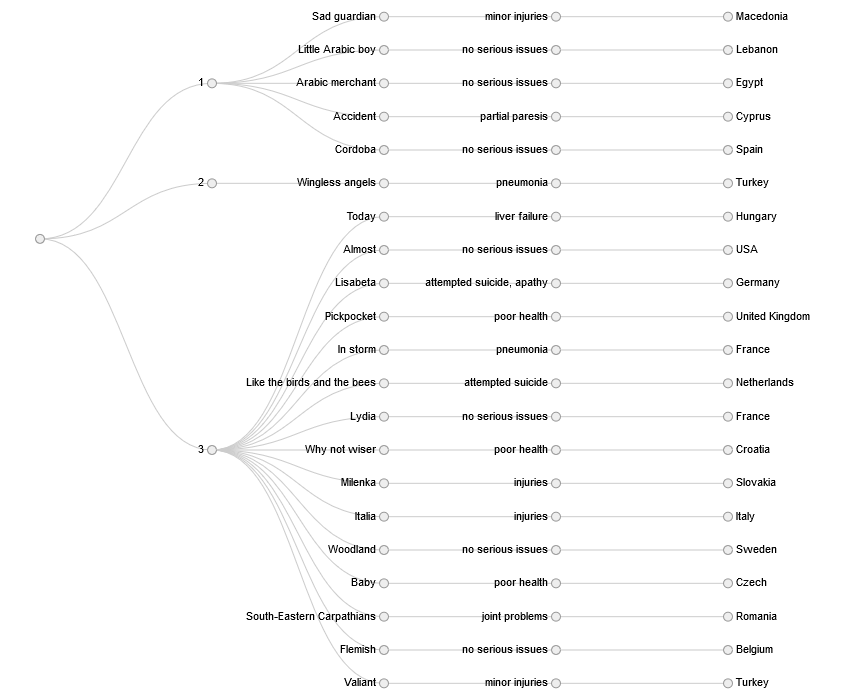 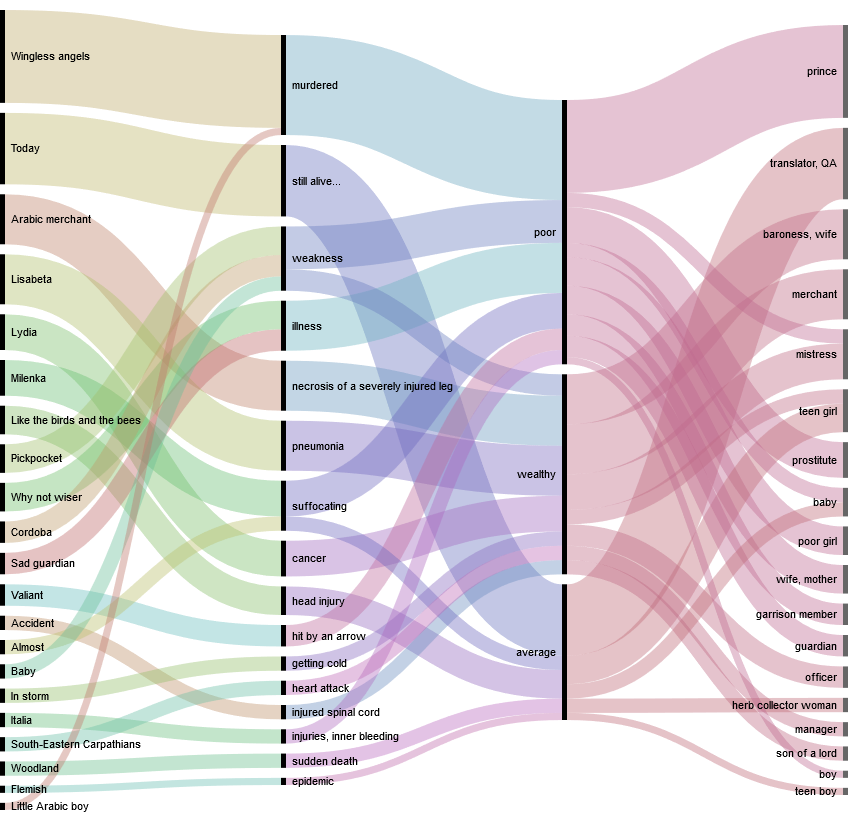 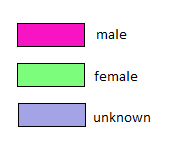 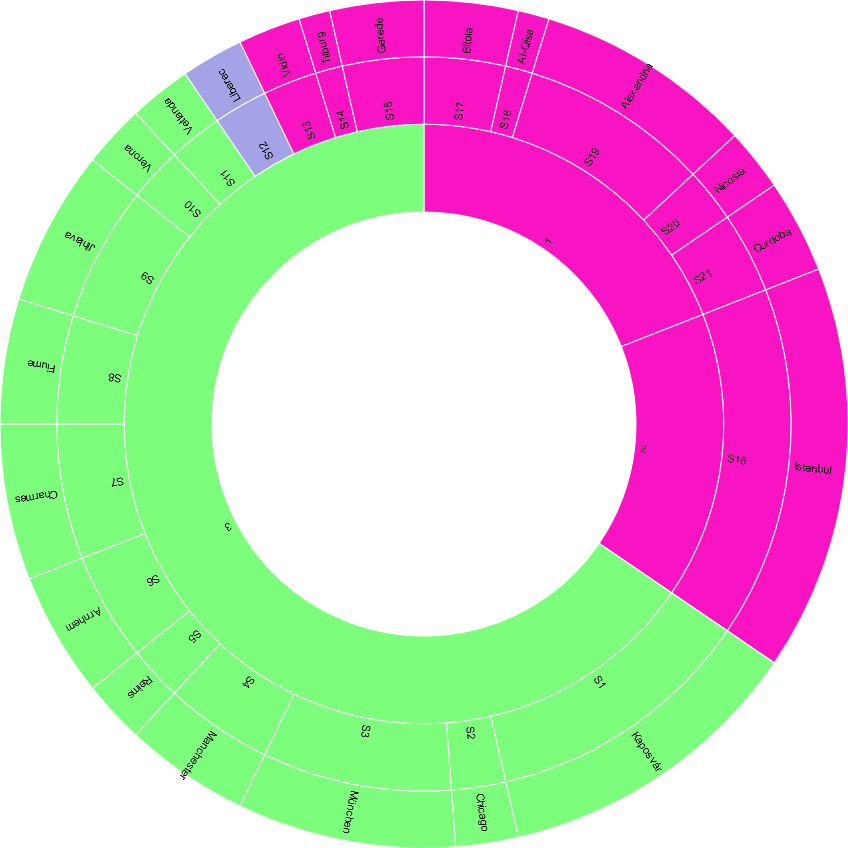 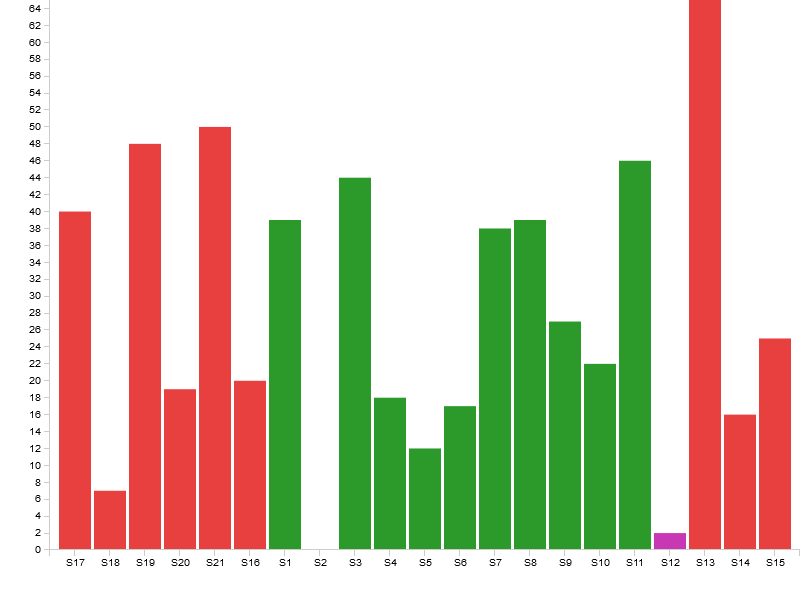