Episodes: from oblivion to 5000 BC

I broke down the trilogy’s timeline to smaller units, to make it easier to analyse. I was using rawgraph.io and the files were customized later. These charts are displaying the informations of the Protector trilogy’s episodes back from oblivion to 5000 BC. As some of the datatypes got N/A values I couldn’t make the same bar chart and packed circles as at the other intervals where these numeric data were available. The time position of the oldest episode is uncertain, as the way of perceiving time in those eras had been quite different from they way we perceive time today: it was less linear-seeming, rather defined by intesity. 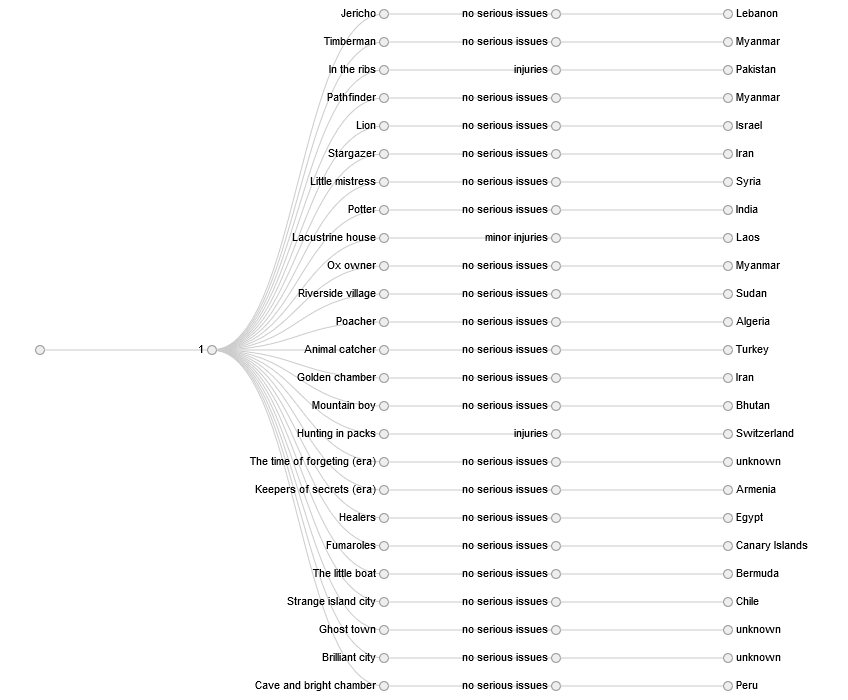 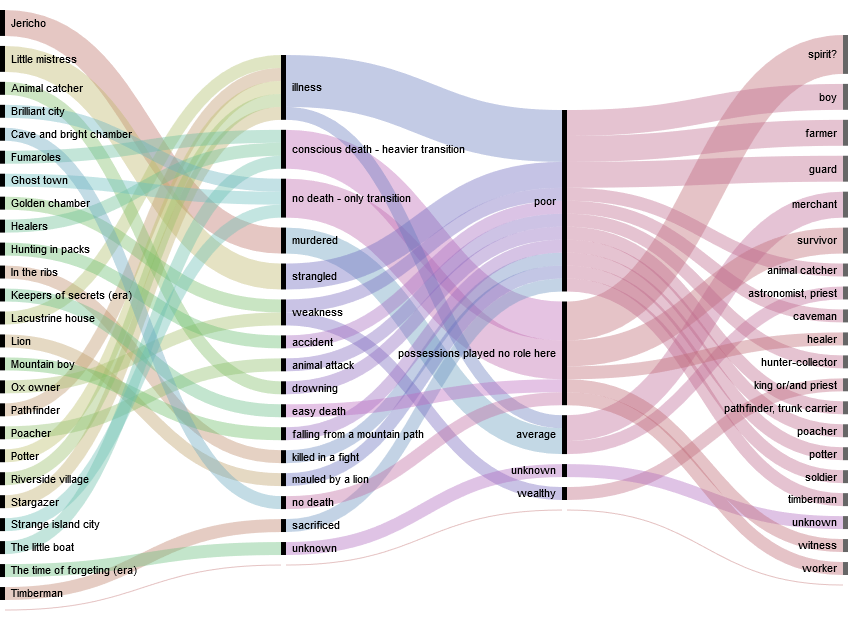 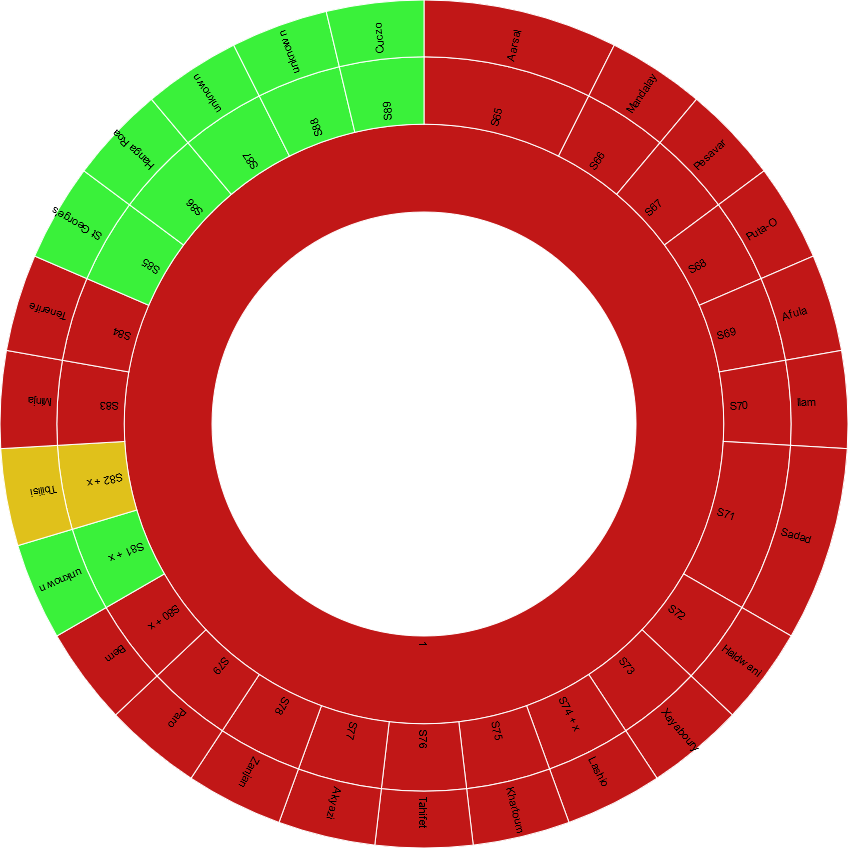